Agenda
Agenda
Month
April – December 2020 Apr – Dec 2020
Collapse All Expand All
Apr
24
Fri
Understanding Autism LIVE Online @ Holy Angels' Facebook Page
Tickets
Apr 24 @ 11:00 AM – 12:00 PM
Mary answers the hard-hitting questions about understanding individuals with autism and will answers your questions dropped in the live feed’s comment section.
Mary has worked at Holy Angels for 10 years and in social services for 40. She earned her B.S. in psychology and M.S. in counseling from the University of Michigan and is our Autism Center Director. Before the Holy Angels’ Autism Center opened, Mary worked as our Director of Clinical Services. Mary is a Board Certified Behavior Analyst (BCBA) and leads a staff of Nationally Certified Registered Behavior Technicians, Occupational Therapist, and a Board Certified Music Therapist.
Watch LIVE here: https://www.facebook.com/laholyangels/ 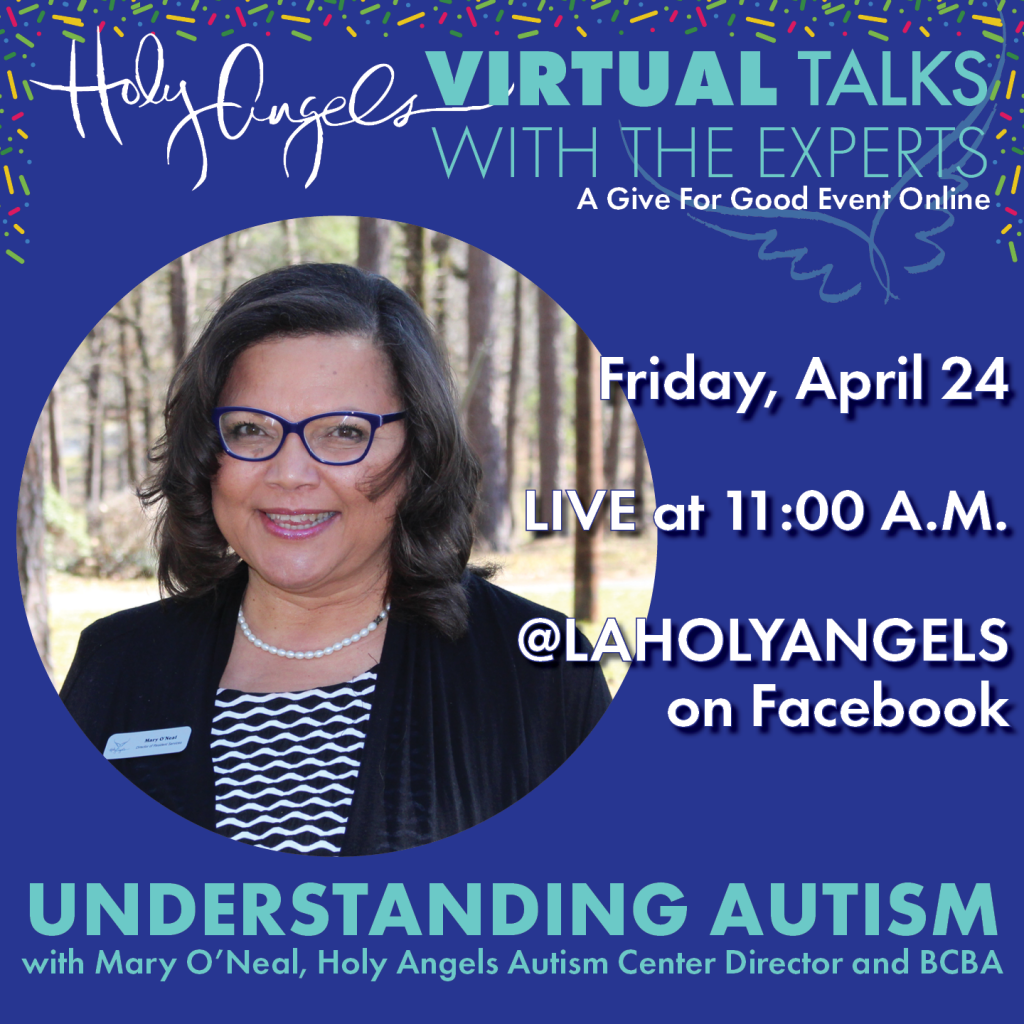 We’ve gone virtual this Give for Good! Join us on our Facebook page @laholyangels for a VIRTUAL CONCERT SERIES with local artists, and LIVE talks with Holy Angels experts. Seth Bradford will play LIVE on Tuesday, April 28. T.D. McMurry will perform Wednesday, April 29. and Marcie Ellen will perform Thursday, April 30.

About Seth Bradford:
Not quite outlaw material, but not quite church choir material, Seth Bradford is a smooth, soulful, and laid back musician that likes to keep an even keel. His music can best be described as what you’d want to be listening to while sitting by a fire underneath the stars with a fine glass of whiskey. It’s authentic, gritty, peaceful, and sure to have you swaying along.

Originally from the depths of rural southwest Alabama, Seth has called Shreveport home for the last four years. As a kid, it was common for him to wake up to his mother practicing piano for church on the weekends, and that’s where his interest in music began. Starting with piano, he taught himself the basics of several instruments and somewhere along the way, figured out he could sing. He took those talents to a band named The Wyldewood Ramblers where he once shared a stage with country artist Randy Houser and later went on to play with a very talented group called Shaker Revival. 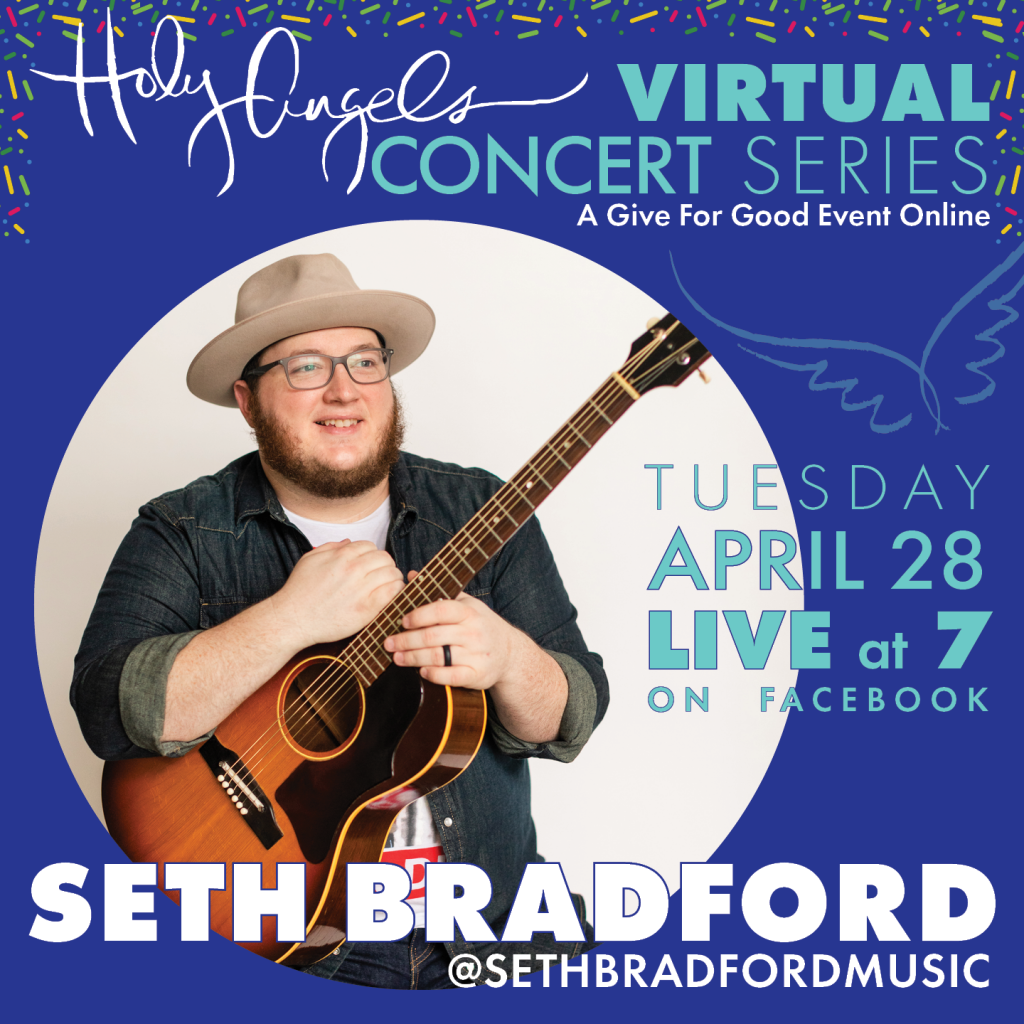 We’ve gone virtual this Give for Good! Join us on our Facebook page @laholyangels for a VIRTUAL CONCERT SERIES with local artists, and LIVE talks with Holy Angels experts. T.D. McMurry will play LIVE on Wednesday, April 29.

T.D. grew up in southern Louisiana but relocated to Shreveport to continue his education. Growing up in the church, he became drawn to music early on, through singing from the pews and eventually from the front of the sanctuary. This foundation allowed him to travel with the Centenary College Choir, singing in sanctuaries and venues around the world.

Once the performance bug had gotten him, he decided it was time to branch out to the restaurants and bars throughout Louisiana and east Texas, promoting his first album, Louisiana Way (2010). He took a hiatus from the music scene in 2014, and would not rejoin the circle of troubadours for three years, following the birth of his three children.

After revamping his cover list, he was able to spend time with a pen, a pad, a guitar, and a new perspective on life to begin working on new music to be released. Between the melodies sung and the passion they’re sung with, you’re sure to feel pulled into his sets when you venture by. 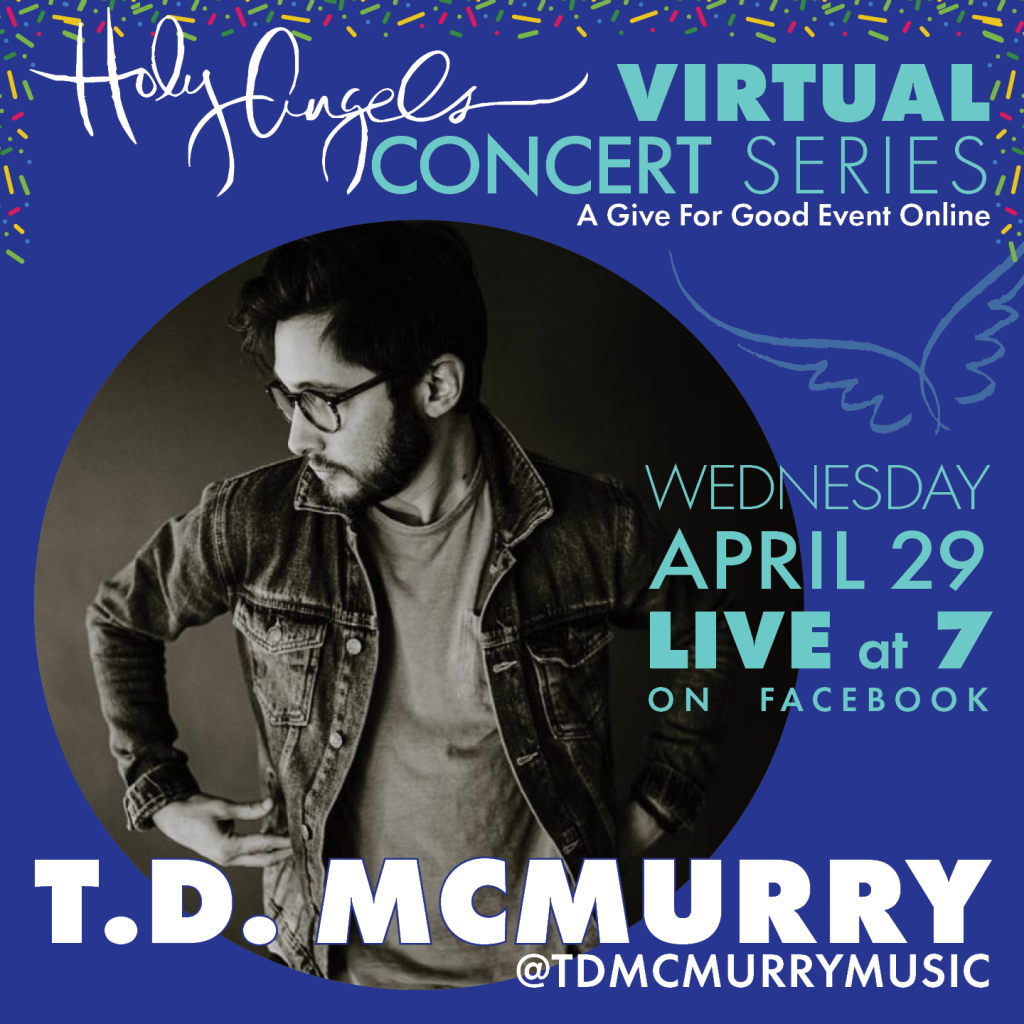 We’ve gone virtual this Give for Good! Join us on our Facebook page @laholyangels for a VIRTUAL CONCERT SERIES with local artists and LIVE talks with Holy Angels experts. Marcie Ellen will play LIVE on Thursday, April 30. 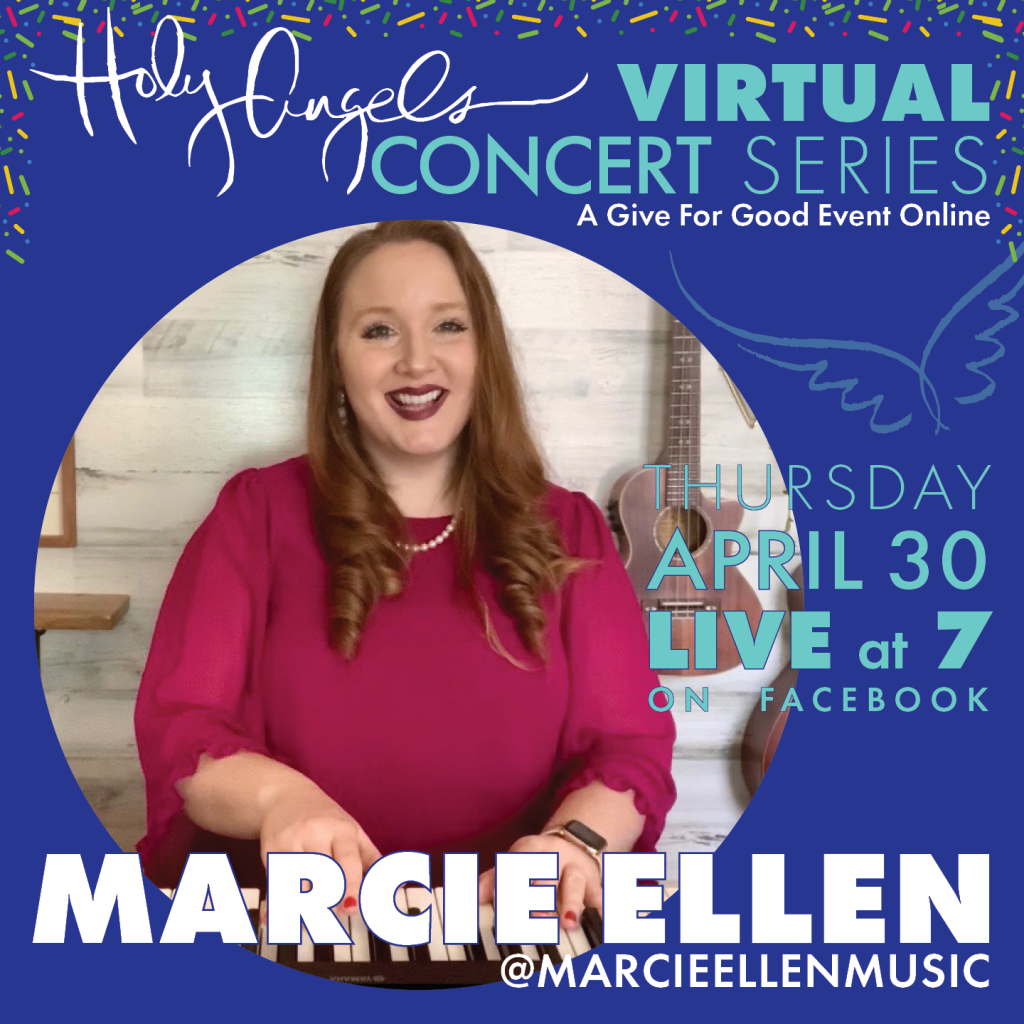 Burgers and hotdogs will be generously provided by Origin Bank! Games are fun for all ages, Holy Angels’ clients will participate.

Each year runners and walkers enjoy this wonderful opportunity for the community to come together for a fun event while making a difference in the lives of individuals with intellectual and developmental disabilities. You and your teammates will travel along a scenic route in southeast Shreveport. This is the only walk and run held in this area and gives all who participate, the opportunity to enjoy the beauty of South Shreveport. You don’t want to miss this unique 5k that benefits the lives of the residents at Holy Angels!

The Angel Run & Walk has family-friendly activities each year. Past activities have included CeCe the Clown, live music, a photo booth, yoga, face painters, a bounce house, children’s craft tables, puppet shows, snow cones, massage therapists and much more. Stay tuned and follow us @laholyangels on Facebook and Instagram for updates on who will be there this year!

In 2002, the Rice family and friends helped host the very first Angel Run to honor their son, David, who lived at Holy Angels for sixteen years until he passed away in 2001. “The Angel Run has not only been a special way to remember our son but is a way to pay back Holy Angels for the love and care he received,” says Barbara Rice, David’s mother. 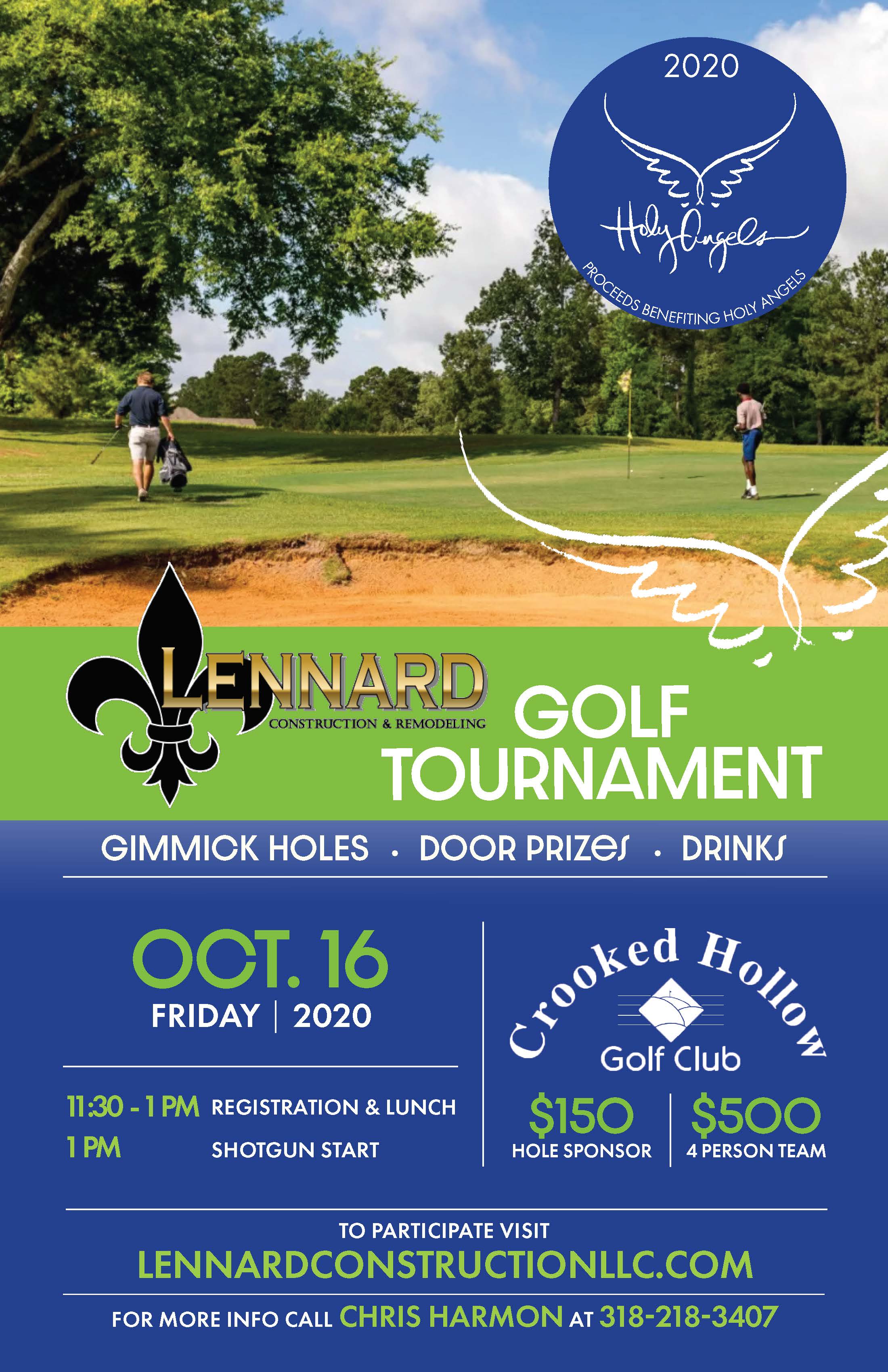 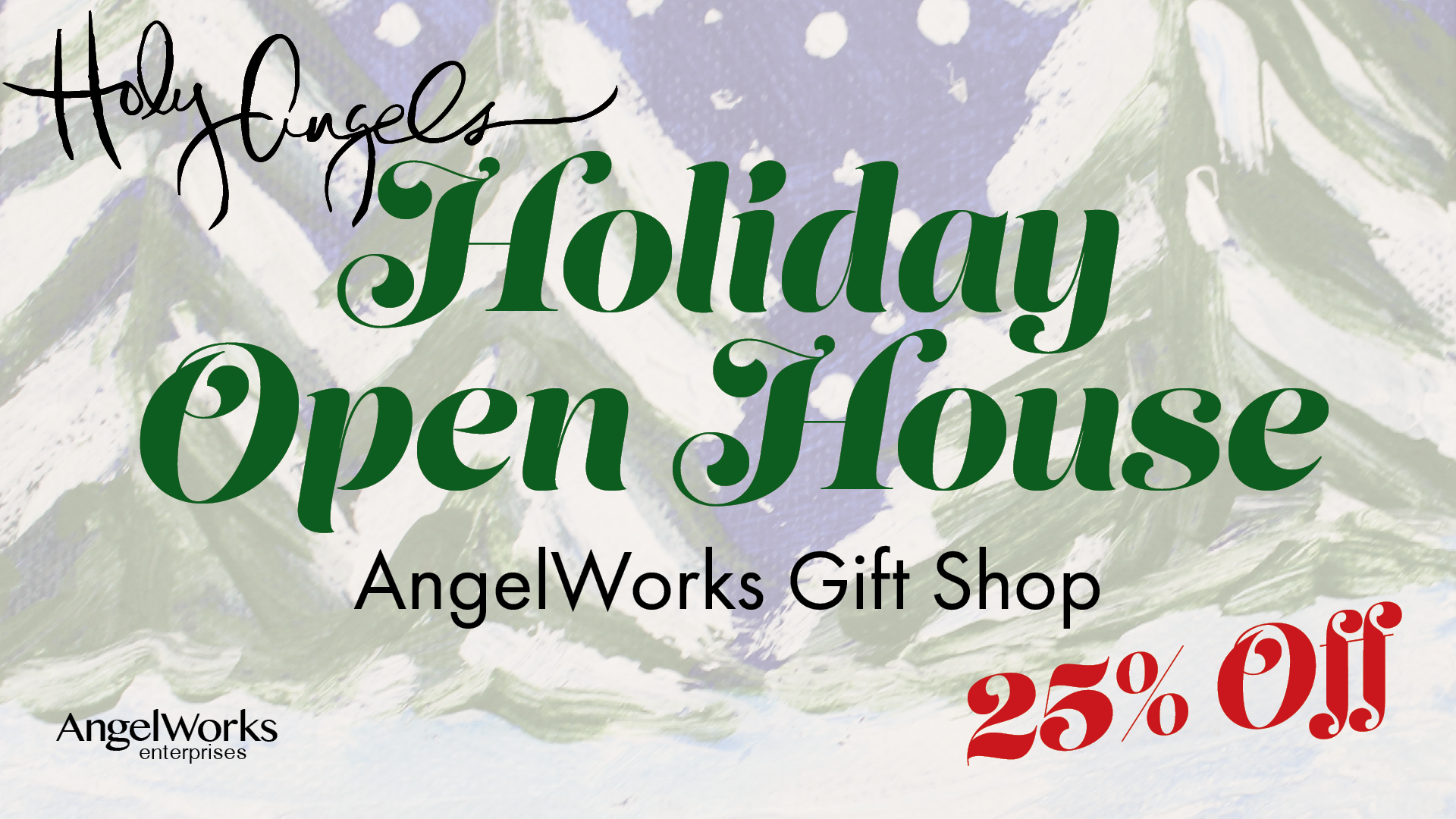 A shopping event at the AngelWorks Gift Shop with 25% OFF!

25% off can be applied to everything in-store excluding culinary items. The greenhouse is fully stocked and 25% off, too!